by The Black Twig Pickers 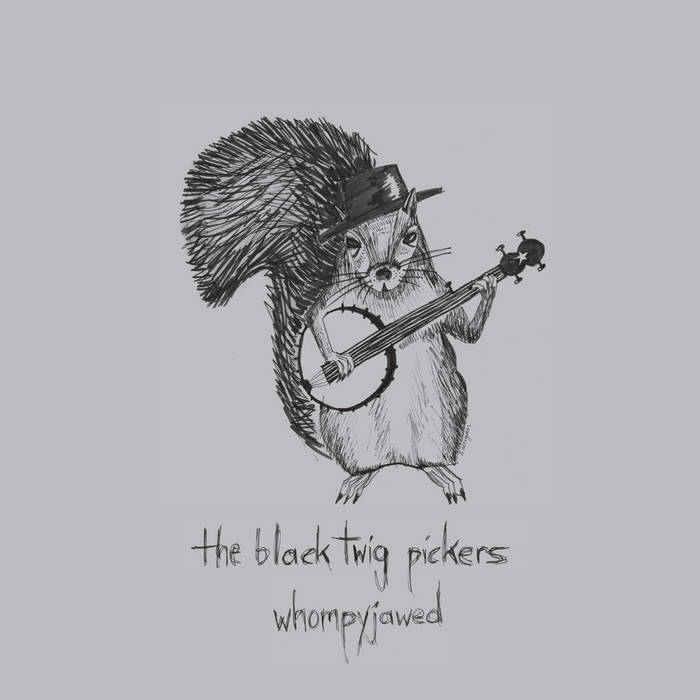 Alex Backwards This one is just a lot of fun to listen too. I can imagine just setting in wood cabin with a bunch of musicians shooting whiskey and having a good time during this jam! Favorite track: Merry Mountain Hoedown.

Banjos and fiddles, boards and bones in hand, the Black Twig Pickers dove into a living tradition of old-time music that surrounds their homes along the Virginia/West Virginia line and never looked back. Both scholars of the regional sounds and advocates of an ecstatic and highly personal approach to the music, the Twigs hold down local dance and bar gigs, play all manner of celebrations and every so often, hit the road. Along the way, Isak Howell, Nathan Bowles and Mike Gangloff kept company with some of underground America's heavyweights and haunted the doorsteps of Appalachian fiddle and banjo masters. They've played for the National Council for the Traditional Arts and for audiences overseas.

The trio have toured the UK in the company of both Jack Rose and Charlie Parr, accompanying Rose on a series of raucous UK shows to celebrate the Jack Rose & The Black Twig Pickers album released in 2009. Rose and Gangloff were of course longtime band mates in drone masters Pelt, symbolizing the band's emergence into traditional music from a more experimental background (Bowles is also now a member of Pelt and both he and Gangloff perform as part of Spiral Joy Band).

They also followed Rose onto Thrill Jockey's books, releasing Ironto Special, an album of traditional Appalachian old-time tunes (and two originals) in 2010. That same year they also released an album of traditional gospel music, Glory in the Meeting House, with Parr contributing his trademark sturdy-but-sweet vocals and resonator guitar. In 2011, the Twigs collaborated with Parr on a Record Store Day split LP for Thrill Jockey, with the flip side featuring recordings from Cambridge, MA based guitarist Glenn Jones. Through study of both local old-time musicians and old-time records and field recordings, the trio have literally come to old-time from leftfield, purely through their love of the music, and found they can hold their own with the old-timers, constantly tearing up the Virginian highways to keep commitments at bars, country fairs and parties, while simultaneously turning on their more avant listeners too. Bowles has also become a powerhouse banjo player of growing repute, with his first solo album in the works.

The Black Twig Pickers take it to the dance floor on Whompyjawed, offering long-form, highly rhythmic and deeply layered takes on traditional fiddle and banjo music. Joined by some of the musicians who frequent the Southwest Virginia square dance and flatfooting scene -- fiddler Sally Morgan, and bassist/guitarists Sam Linkous and Joe Dejarnette -- and by a troupe of accomplished feet-percussionists, the Twigs work up propulsive and mesmerizing versions of two side-long songs. "Merry Mountain Hoedown" is an old-time rocker with Mike Gangloff and Sally Morgan's duo fiddles sawing atop a careening bed of pounding feet and furiously locked-in banjo, guitars and bass, while "Brushy Fork of John's Creek," with Sally fiddling and Mike banjo-ing, wanders more spectral -- but no less ferocious -- territory, with Nathan Bowles' washboard and Isak Howell's guitar and mouth harp guiding a long and shifting mix of clattering drone. The Skillet Lickers meet Faust IV?